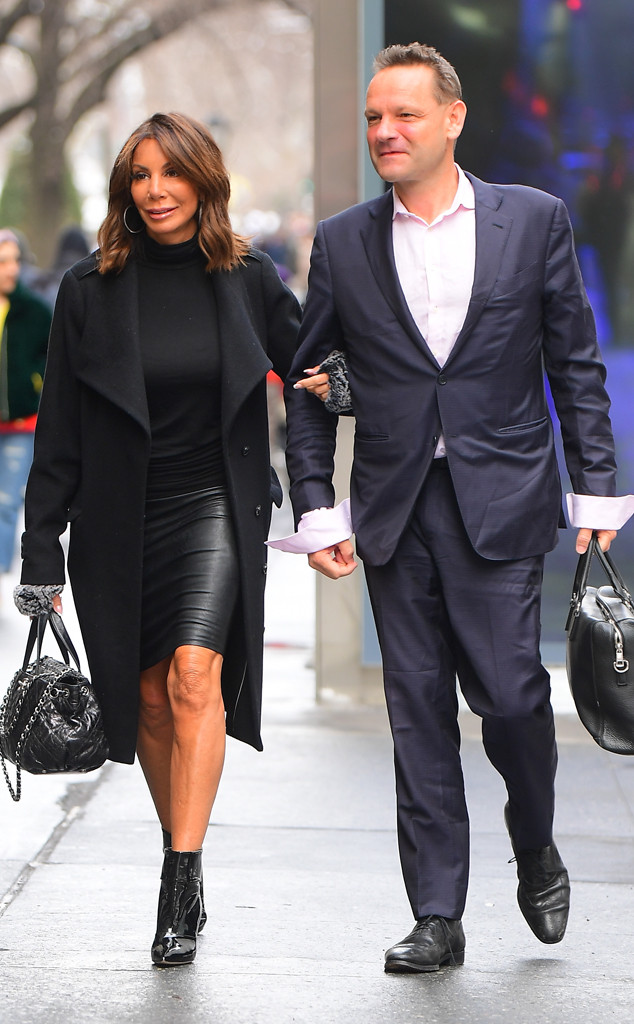 Danielle Staub’s upcoming nuptials will have to wait.

« Danielle and Oliver are temporarily postponing their wedding but are still very much engaged, » a source told E! News on Saturday. « Danielle is going to spend a few days with her daughters recognizing this all happened very fast. Her children have always been her number one priority and that will never change. »

The Real Housewives of New Jersey star announced on Thursday that she was engaged to Oliver Maier, Duke of Provence. Their engagement was revealed just one week after Staub finalized her divorce from Marty Caffrey after three months of marriage. Her rep Steve Honig told E! News on Thursday, « Danielle is planning to get married on Monday. »

Maier and Staub went ring shopping on Saturday at the high-end jewelry store Van Cleef & Arpels. According to People, she decided on a 5-carat ruby ring, which also happens to be her birthstone.

It’s been quite the whirlwind romance for these two, who met just under six months ago. The magazine reports that it wasn’t exactly fireworks between the two when they first met. « I quite frankly couldn’t stand him when I first met him. He’s so strong-willed, and at first, I read that as rude, and arrogant and entitled, » she said. « It wasn’t until I got to know him that I saw the other side. »

It was after a kiss, though, that they « fell madly in love. »

Her relationship with Maier marks her 21st engagement. People reports that she and the French Duke met because he was initially dating one of her friends. Maier is the managing director of the private equity firm Speyside Equity.

It looks like these two won’t be hurting for places to stay when they visit France, either. His family reportedly owns 15 vineyards and two castles.

Although their wedding is postponed for now, when it actually does happen she’ll become Duchess Danielle. Has a nice ring to it, right?