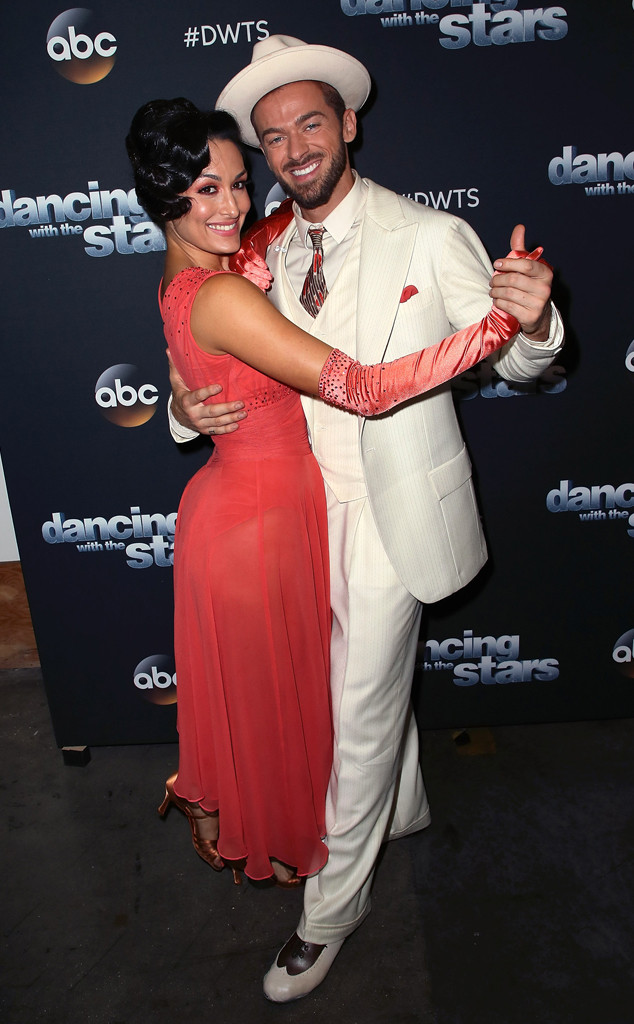 Things are going strong between Nikki Bella and Dancing With the Stars pro Artem Chignvintsev.

A source tells E! News the reality stars went on a weeknight date at Wally’s Restaurant in Beverly Hills, Calif. where they were seen sipping on wine and munching on appetizers. « They sat together for several hours drinking and were smiling a lot, » the source shares. « Nikki looked really happy. »

While the pair seemed to enjoy their date night, the insider says that there were « no signs of PDA » as they left the restaurant together.

This is just one of the many dates the couple has been on since they reunited late last year, shortly after Nikki’s split from fiancé John Cena.

Nikki and Artem’s romance is fairly new, but their friendship goes way back. In 2017, the dancer and WWE star were paired together for the 25th season of the competition series. When the couple got the boot from the show, they stayed in touch and eventually reunited, a source previously shared.

Fans got to see the relationship blossom between the two on season four of Total Bellas and also see what it’s like to date a highly-sought after pro dancer. In one episode, Nikki told Artem, « Oh my god, how much hate…I can’t even like your photos on Instagram without getting a crazy amount of hate. »

But Artem had some competition too! For a brief time, the Total Bellas star was being courted by The Bachelorette contestant Peter Kraus. Kraus tried to woo the WWE star with flowers, candy and fun dates.

Watch a brand new episode of Total Bellas Sunday at 9 p.m., only on E!