The reports, which police released after Freedom of Information Act requests from the media, do not appear to offer many major revelations about what investigators alleged was a hoax that the « Empire » actor perpetrated with the help of two acquaintances — brothers Olabinjo Osundairo and Abimbola Osundairo. 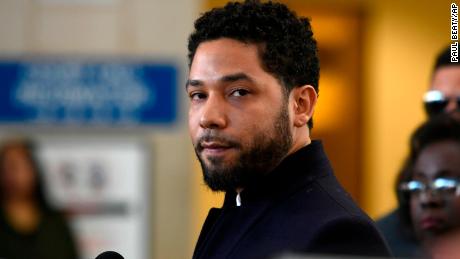 But the 61 newly released pages do shed light on investigators’ interactions with the siblings — police put them up in a hotel for days because reporters were probing their home, and investigators continued to interview them there before a grand jury indicted Smollett — as well as a few other details.
Police and prosecutors have previously detailed what they said was a plot by Smollett to pay the two brothers to attack him along a Chicago street on January 29, along with text messages, interviews and video that they said helped make their case.

It wasn’t immediately clear whether other documents would be released. Some names and addresses are redacted, but previous details that police released, as well as an unredacted mention of one of the brothers, make clear that the Osundairos are mentioned here. CNN has been unable to reach them.
Smollett pleaded not guilty to the charges before they were dropped, and he has denied staging the attack. Here is some of what the documents show:
Read part 1 of the files, from WLS
Read part 2 of the files, from WLS 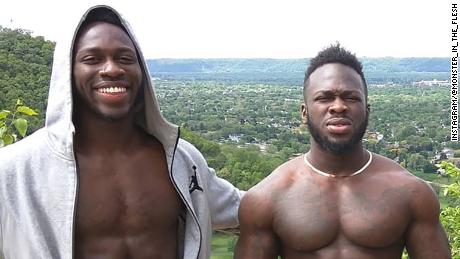 We previously knew that police — while investigating Smollett’s claim that two disguised people yelled anti-gay and racist slurs, hit him, poured bleach on him and put a noose around his neck — arrested the Osundairo brothers on February 13, interviewed them and then released them on February 15.
On February 18, police announced the Osundairos were no longer suspects. Smollett’s charges were announced on February 21.
The newly released documents say that during February 15-21, Chicago police put the Osundairos up at the Chicago South Loop Hotel. This was because reporters, having figured out who the Osundairos were, had been looking for them after they were released.
« It was suggested that (the men) be placed into a hotel until the media frenzy subsided, » one of the reports says. The men checked into separate rooms, and « 24-hour surveillance and security was provided » by Chicago police.
Police also provided food throughout their stay, the report says.

An FBI agent asked Chicago police for a copy of a search warrant that was issued relating to Smollett’s Apple iCloud account. 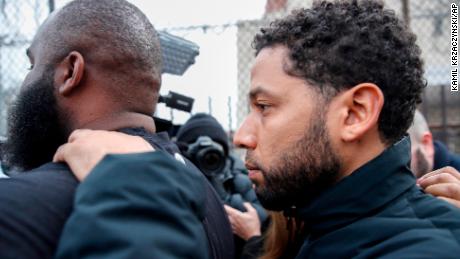 Very little about the FBI’s involvement in the case has been released. In mid-February, the US Postal Inspection Service said that it was helping the FBI in an investigation into a suspicious letter that was addressed to Smollett and arrived January 22 at Cinespace Studios in Chicago, where « Empire » is filmed. »
The letter contained racial, anti-gay and political language, along with white powder and a drawing of a stick figure hanging from a tree, police said. The powder turned out to be over-the-counter medicine, police said.
Police would later allege that Smollett was involved in sending the letter; that he was disappointed it didn’t attract more attention; and that he later plotted the January 29 attack to promote his career.

Police continued to interview the Osundairo brothers while they were at the hotel, the documents say.
During one conversation, a detective showed one of the brothers a picture of a hot sauce bottle. Police had found that bottle on February 7 during their investigation, the reports say.
The brother that was being interviewed « stated that indeed was the bottle he filled with bleach and poured on Smollett, » one of the reports say.

Police brought the Osundairo brothers to a court building February 20 — one day before Smollett would ultimately be charged — to testify before a grand jury.

After one of the brothers testified, he told two detectives « that it felt good that he told the truth, but still felt that the Chicago police may want to charge him, » one of the reports says.
As noted earlier, police had publicly said the Osundairos were no longer suspects.
On Tuesday, after prosecutors announced they were dropping the charges against Smollett, the attorney who was representing the Osundairo brothers told CNN, though a publicist, that the brothers had been fully prepared to testify in any criminal proceeding in the Jussie Smollett case.
On February 28, the attorney, Gloria Schmidt, said that her clients « have tremendous regret over their involvement in this situation. »

Smollett, on learning that he was going to be charged, turned himself in to police on the morning of February 21.
« When asked if he would like to speak with police » ahead of his bail hearing later that day, « Smollett declined to answer questions, » one of the reports says.
Smollett was taken to a lockup facility, where he was searched, fingerprinted and photographed.
Then he was taken, by an unmarked police vehicle with tinted windows, to the Cook County Jail. While on the way, he was offered breakfast and something to drink, but he declined, the report says.
At the jail’s receiving area, the actor stayed in the car — at a county jail officer’s request — while jailers cleared the receiving area of other detainees.
A detective asked the jail officer, on Smollett’s behalf, whether the actor could be housed alone until his appearance in bond court later that day. The officer agreed.

After the receiving area was emptied, Smollett went inside.
« At no time, while Smollett was in custody (of Chicago police) was Smollett handcuffed, placed in a cell or subjected to the media, » the report says.

CNN’s Brad Parks and Ryan Young contributed to this report.

George Clooney calls for boycott over Brunei LGBT ...
Lanita Carter, R. Kelly accuser, speaks publicly f...
On Lady Gaga’s 33rd birthday, here are 33 th...
Sophie Turner’s comment about her sexuality ...
Amy Schumer shows you just how difficult it is to ...
‘Dumbo’ gets Disney live-action parade...
Cardi B will not ‘glorify’ her controv...
You’re going to need extra popcorn for &lsqu...
Avicii’s family launches mental health found...
Why did prosecutors drop all charges against Jussi...
As Jussie Smollett proclaims innocence, mayor and ...
Charges against Jussie Smollett have been dropped
The many twists and turns in the Jussie Smollett i...
Justin Bieber stepping away from music because of ...
All the shows Apple wants you to get excited about