The cast of the hit 1994 comedy, « Four Weddings and a Funeral, » has reunited for a short sequel that will air as part of Red Nose Day on May 23 on NBC. The day aims to raise money for children in need, in part through the sale of the attention-grabbing accessory.
The trailer for the sequel invites fans to join the cast for a wedding, but it’s not revealed who will be tying the knot. Hugh Grant, Andie MacDowell, Kristin Scott Thomas and Rowan Atkinson are among those featured. Grant calls it the « wedding of the year » in the video and adds, « Try not to be late. »

The film follows the lives of friends who meet up at various life events: four weddings and a funeral, as the title says. Grant won the Golden Globe for best actor for his role as Charles Grant.

Richard Curtis, who wrote the film, co-founded Comic Relief, the organization behind Red Nose Day. The cast of « Love Actually, » also written by Curtis, came together for its own sequel in 2017 to support its efforts. 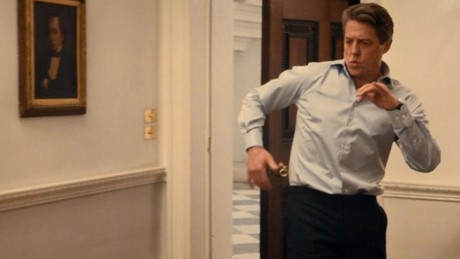 Red Nose Day founder says ‘Love Actually’ short was an easy sell
Curtis and his friend, Lenny Henry, started Comic Relief in 1985 after a trip to Ethiopia. Curtis « saw such terrible things » that he wanted to do his part to end child poverty, he said. Three years later, the pair launched the first Red Nose Day in the United Kingdom.

« When I started it, I thought it would last for one year, » Curtis told CNN in 2017. « So, it’s turned out to be a very unruly but long-lasting child. »
Red Nose Day has raised $1.3 billion to date, according to the organization. The money goes to charities, including the Boys & Girls Clubs of America, Feeding America, Save the Children and Oxfam.

George Clooney calls for boycott over Brunei LGBT ...
Lanita Carter, R. Kelly accuser, speaks publicly f...
On Lady Gaga’s 33rd birthday, here are 33 th...
Sophie Turner’s comment about her sexuality ...
Amy Schumer shows you just how difficult it is to ...
‘Dumbo’ gets Disney live-action parade...
Cardi B will not ‘glorify’ her controv...
You’re going to need extra popcorn for &lsqu...
Chicago police release a portion of Smollett inves...
Avicii’s family launches mental health found...
Why did prosecutors drop all charges against Jussi...
As Jussie Smollett proclaims innocence, mayor and ...
Charges against Jussie Smollett have been dropped
The many twists and turns in the Jussie Smollett i...
Justin Bieber stepping away from music because of ...