MIT NAMA (Reuters) – When Houaida Mabrouk heard about a government campaign that offers free hepatitis C screenings, she hesitated, afraid of testing positive. But after many from her community started visiting health clinics to get checked, she changed her mind.

An Egyptian doctor makes a test during an unprecedented campaign that aims to test 50 million people to detect and treat hepatitis C patients in a bid to eliminate the disease by 2022, in Cairo, Egypt November 11, 2018. REUTERS/Mohamed Abd El Ghany

“I thought, ‘I should go too’,” Mabrouk said, speaking at a clinic in the Mit Nama village near Cairo before learning she did not have the virus.

Egypt, which has the highest rate of hepatitis C in the world, is carrying out an unprecedented campaign to detect and treat the disease in a bid to eliminate it by 2022. It aims to test the entire adult population — about 50 million people.

Nearly 4.4 percent of adult Egyptians are infected and about 40,000 die of the disease every year, making it the country’s third leading cause of death, according to the World Bank.

The campaign, which runs from October to April, also tests for diabetes and high blood pressure.

“They are eliminating Egypt’s two biggest health problems: Virus C and all the danger factors including the basic non-communicable diseases,” said Jean Jabbour, the World Health Organization’s representative in Egypt.

Hepatitis C is a liver disease caused by a blood-borne virus. Most cases can be cured with antiviral medicine, but many do not initially show symptoms. If left untreated the virus can cause cirrhosis or liver cancer.

In Egypt, many were infected decades ago when poorly sterilized needles were used as part of a national treatment campaign against schistosomiasis, a disease caused by parasitic worms.

Most donated blood is still not effectively screened, according to a recent World Bank report.

At least 11.5 million people have been screened in the new campaign, with 5 percent testing positive.

Large banners bearing health information and a picture of President Abdel Fattah al-Sisi appeared in many Cairo streets as the campaign came to the capital on Saturday.

The campaign, which also treats those infected for free, is mainly funded by the World Bank. The bank has provided $133 million for the tests and $129 million for the treatment, according to a cabinet statement.

Due to lack of health clinics, some churches, mosques and youth centers also offer the blood test.

A church in the village of Begam, which like the Mit Nama village is in the Qalyubia province north of Cairo, serves as a health clinic every Sunday.

“This initiative should have taken place much, much earlier, but it is good that the president thought of it now,” said Ashyaa Abd al-Sayed, pastor at the church. 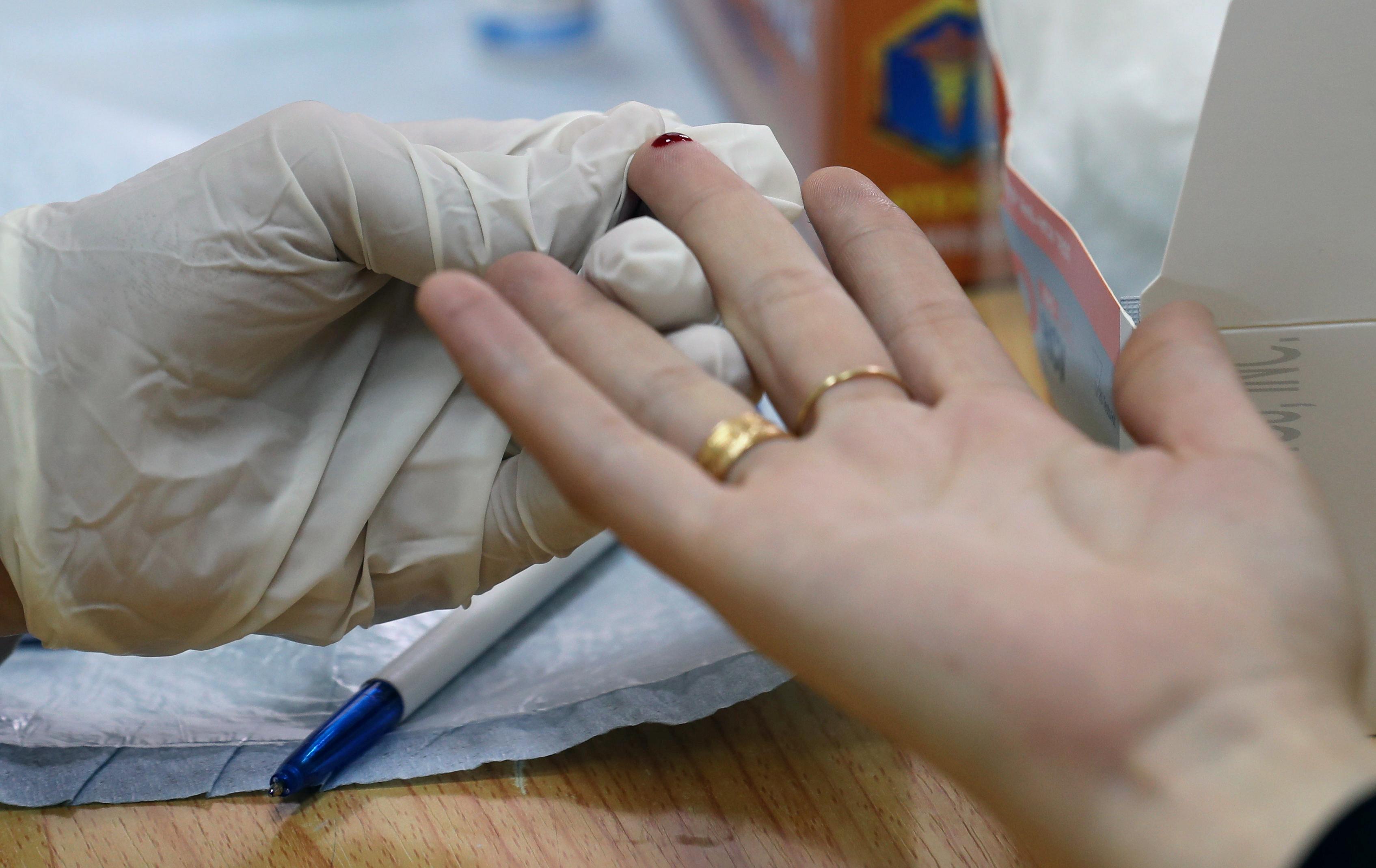 Unless the population is tested and treated in a single campaign, the disease won’t be eliminated, said Health Minister Hala Zayed.

“If you only test and treat parts of the population… then those who weren’t treated might infect others,” she said.